Whether it’s the grand landscape shots or the penetrating close-ups, McDormand seems completely one with the deep humanity in Nomadland, a triumphant movie from director and screenwriter Chloe Zhao. Zhao’s thoughtful balance of majesty and intimacy makes Nomadland one of the most accomplished films of the year, an emotional tour de force that moves you but never imposes or manipulates.
Adapted from a non-fiction book by Jessica Bruder, Nomadland won the top prize at Venice Film Festival earlier this year and is right in the thick of the Oscar conversation.
Fern (Frances McDormand) comes from a small company town in the American west whose postcode was discontinued seven months after the gypsum factory shuts in the fallout of the GFC. With her husband’s recent death, there’s nothing to keep her tethered to a specific place.
Perhaps initially out of necessity, Fern hits the road in a camper van, joining the throngs of “grey nomads” wandering the roads, moving from one itinerant job to another, short-term contracts that range from packing boxes at Amazon for the pre-Christmas rush to cleaning up campgrounds during summer. 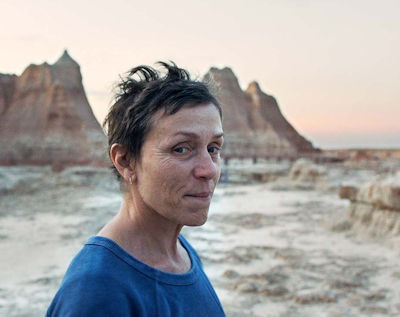 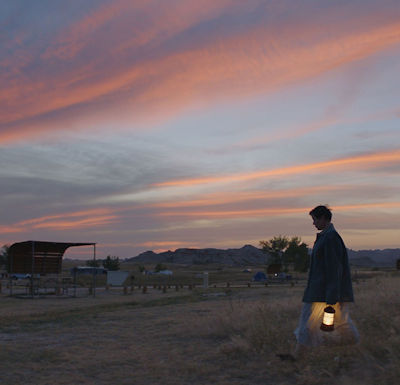 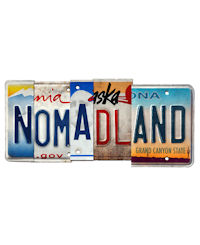