From talented French filmmaker Nicolas Bedos comes LA BELLE EPOQUE, a mind-bending comedy about the travails of romance and the irresistible allure of the past. Disillusioned sexagenarian cartoonist Victor has lost his job and is on the outs with his wife Marianne when enterprising entrepreneur Antoine approaches him with an intriguing proposition - the chance to revisit the glory days of his youth, and his relationship, by traveling back through time. Intrigued, the avowed technophobe hires Antoine's virtual reality company to return him to May 16, 1974, the day he met Marianne in a café in Lyon, and soon finds himself drawn to Margo, the actress playing the younger incarnation of his spouse. Wildly original and wholly inventive, 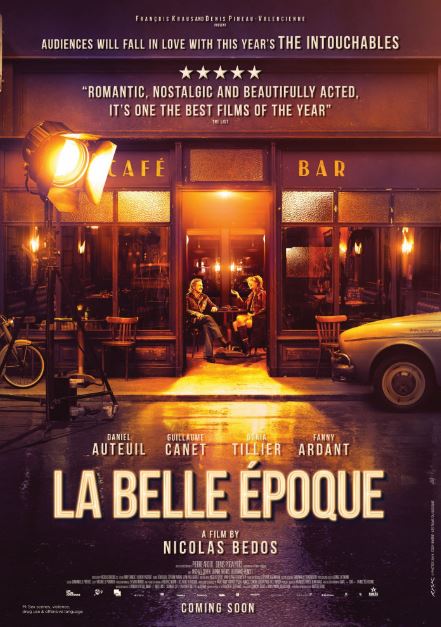