Having written a 78-page plan to raise two champion tennis stars, Compton’s Richard Williams (Will Smith) trains his two daughters Venus (Saniyya Sidney) and Serena (Demi Singleton) to master the sport as kids. As they grow up, he stops at nothing to get them to the top — despite all the odds being stacked against him.
Smith’s version of Richard Williams doesn’t care what anyone thinks, with an often unbearable bullheadedness: he’s the Terminator of tennis parents, dismissing those who displease him, unafraid of insulting those with power.
Yet, despite the title character taking centre stage, Venus and Serena share the spotlight. The young Sidney and Demi Singleton give a pair of vibrant performances that convey Venus and Serena’s undeniable star quality, performed with a naturalism that makes the actors feel like real sisters. The whole family seems tight, including Aunjanue Ellis as Richard’s long-suffering wife Brandi, who exudes a quiet power, which ends up being not so quiet when she’s pushed.
King Richard doesn’t reinvent the wheel, doesn’t take any wild swings, happy to deliver a solid crowdpleaser. But what’s great is what doesn’t happen. There are no big cheesy moments. No montages. No melodrama. It hits the beats you’d want but without falling into cliché, with warmth baked in so much that you’re swept along throughout, rooting for every Williams on screen. As stirring and heart-warming as you’d like, this is a hugely touching family opus. It’s nothing revolutionary, but it’s straight from the heart and gets you in the gut. 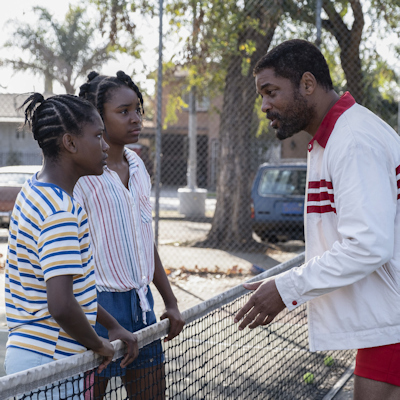 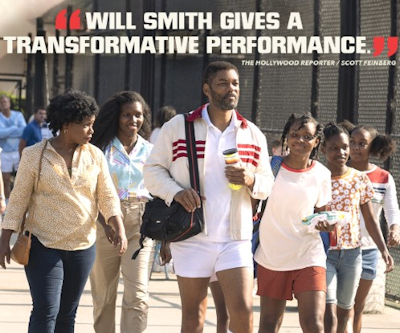 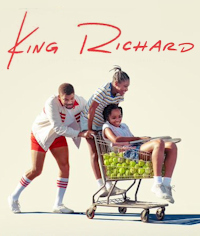