In Pennsylvania, as in 20 other American states, a woman under the age of 18 must get a parent's written consent before she can have an abortion.
It's a callous and cynical law that forces young women from all walks of life, for reasons beyond their control, to travel to other parts of the country to exercise their legal right to end a pregnancy.
New York City is one of those places. So when 17-year-old Autumn Callahan falls unexpectedly pregnant, catching the bus from Allentown to Manhattan is pretty much the only safe option available to her.
Autumn is accompanied and supported by her cousin Skylar. And together, the two young women take the six-hour bus ride, and then navigate their way through an unplanned two-day stay in a city that is notoriously brutal to its poorest and most vulnerable denizens.
Never Rarely Sometimes Always, on paper, sounds like a grim and unrewarding way to spend a few hours in the cinema. And yet, as is often the case with the slenderest of storylines, this is an insightful, warm, engrossing and – in its deftly understated way – quite devastatingly brilliant film.
Writer/Director Eliza Hittman (Beach Rats) brings a near-documentary quality to this quiet and watchful film. Long moments and then entire scenes pass near wordlessly, as the two women communicate everything that needs to be said with a glance and gesture. It says volumes about Hittman's skill as a director, and of the abilities of her two stars, that we quickly become perfectly fluent in this unspoken language.
Never Rarely Sometimes Always is a modest film. It'll probably only last a few weeks on our cinema screens, and it might never attract the audience it deserves because the subject matter really doesn't sound like the stuff of a good night out. But don't let any of that deter you. This is a damn near perfect piece of film-making. You'll be glad you went. 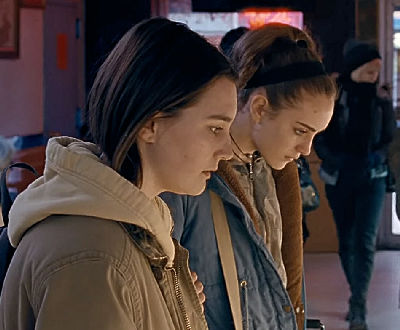 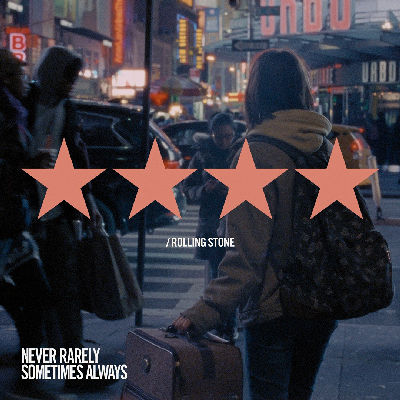 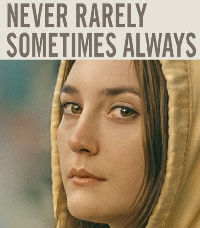