A 1956 film, The Man Who Never Was, first told the compelling true story of a feat of wartime subterfuge like no other, whereby British Intelligence used a corpse to hoodwink the Germans into thinking that, in the pivotal summer of 1943, Allied Forces would invade the European mainland through Greece rather than Sicily.
Now, Operation Mincemeat re-tells the same story, but, inspired by Ben Macintyre's bestseller of the same name, it contains more facts than were known 66 years ago — principally that the dead body, dropped off the Spanish coast bearing fake papers, was really that of a Welsh tramp called Glyndwr Michael, who had died after eating rat poison.
In death he became Major Bill Martin of the Royal Marines, and a trio of intelligence officers, all sporting the same stiff upper lip whether under a moustache or not, concocted a back story that would convince Nazi spies of his authenticity.
The three men are Ewen Montagu, Charles Cholmondeley and future James Bond creator Ian Fleming, respectively and very nicely played by Colin Firth, Matthew Macfadyen and Johnny Flynn.
A tip-top supporting cast also features Simon Russell Beale as Winston Churchill, Jason Isaacs as intelligence chief Admiral Godfrey, plus Penelope Wilton, Kelly Macdonald, Mark Gatiss, Alex Jennings and Hattie Morahan.
It's a truly ripping yarn, to use period vernacular, to which John Madden's film mostly does proper justice. It's not perfect; a subplot in which Montagu and Cholmondeley both fall for the same woman, Macdonald's MI5 secretary Jean Leslie, feels like a duff note in a story that hardly needs contrivances forced on it.
But that and a few other small gripes aside, Operation Mincemeat rattles along like a thriller with an ending we can't be sure of, even though we are. And might it be that Flynn's dashing performance as Fleming puts him in the frame to be the next 007?
That would be a nice final twist to a story that has plenty of them already. 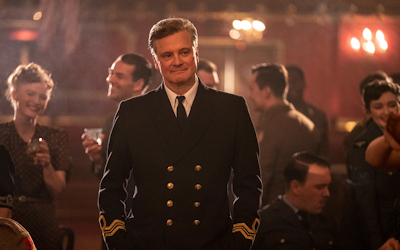 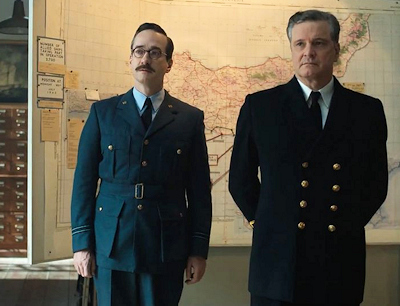 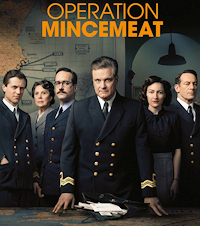